On Thursday 25th May, nine Year 6 girls were invited to play at the Alleyn Court cricket festival. It was a very hot day and we started by beating Thorpdene school. We then played Bournemouth Park, Porters Grange and Alleyn Court B team, winning all games. We played Blenheim in the semi-final and won. We faced Alleyn Court A team in the final and were unfortunately beaten. This was the only game we lost all day and the girls played brilliantly, improving both their batting an 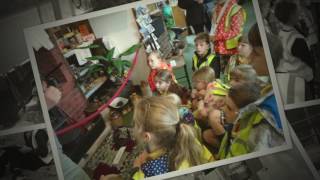 Last week the Year three children visited Leigh Heritage Centre and Plumb Cottage to enhance their learning about the current topic rivers, looking at how historically the Thames had a key role in the life of people who lived on the estuary. While there the children carried out a Geography field study on Bell Wharf beach where they created a survey of beach use and collecting data on the different types of vessels that use the estuary. The Children had a wonderful time gaini

Phenomenal Chess Success for West Leigh Having played tremendously well to qualify to go to the semi-finals back in March, this weekend West Leigh Chess Team headed down to Camber in East Sussex. The team consisted of Ethan, Dylan, Luka, Max, Sidney and Kaya and despite being an Under 11 team they ranged from Year 3 to year 6. Pontins was the venue for this year's English Primary Schools Chess Association National Championship Semi-Final. In the Under 11 section, 34 of the

On Friday 19th May two teams competed in the South East Essex Schools tennis tournament at Garon Park. The year 3/4 team competed in the morning session. In the opening heats the players performed extremely well and won 10 of their 16 matches. As runners up of their group, they went through to the semi-final play off. The team played really well, but were beaten by the eventual winners of the tournament. The final matches of the day saw the children play in the 3rd/4th play

On Wednesday 17th May, eight of our Year 5 and 6 children attended Garons to take part in the aquathlon. The aquathlon is a very tough event, consisting of a 100m swim followed by a 1200m run. Our team were hugely successful, with the boys placing in the top sixteen and the girls finishing in the top ten. We also won fastest boy overall. These fantastic results meant that we won the team competition, coming first out of nine local schools. The children performed superbly and

On Sunday 14th May, children from West Leigh Junior School were invited to participate in the Junior Bikeathon at Priory Park. This event was held by Bloodwise (formerly Leukaemia and Lymphoma Research) to help raise money for researching new treatments against these diseases. After a slightly wet and quiet start to the morning, the course was soon filled with children from West Leigh and it was incredible to see the vast majority of participants being from our school. Sponso 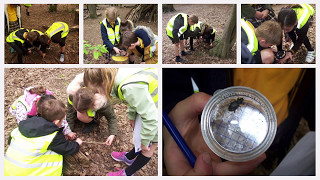 As part of their work in science, year 4 went to Belfairs Woods on a minibeast hunt. We have been learning how to use classification keys to help group, identify and name a variety of living things! We have learned about the seven characteristics of a living thing; sorted living things in a number of different ways; used a dichotomous classification key to identify local invertebrates and made observational drawings. We found lots of insects under leaves and at the base

Children from Year 4 and 5 represented West Leigh Junior School recently at the Leigh Music Festival. They performed a varied collection of recorder pieces as part of the Woodwind and Brass section of the festival. The adjudicator for the afternoon was Joy Farrall, who is a professor at the prestigious Guildhall School of Music & Drama in London. All their performances were very well received, impressing Ms Farrall with their “sweet gentle sound…” and “very good presentati

On Thursday 4th May, Year 4 had visited by Essex and Suffolk Water. The children learnt how they can save water at home by doing simple things, for example, turning the tap off while brushing your teeth can save 12 litres of water. Having a shorter shower can save up to 18 litres! For each scenario the children were asked how much water they think could be saved by changing the way we do them. They also got to see some of the different devices that can help save water for
{"items":["5e8b2efcfcc3350017b4d89f","5e8b2efc7d7401001716e66d","5e8b2efc88410a00179d6dd8","5e8b2efc4038210017846e93","5e8b2efce922a5001789644e","5e8b2efc01754a0017397a06","5e8b2efcf00dc60017582f71","5e8b2efcdfc819001707dc46","5e8b2efc1a35d40017aa6977","5e8b2efc6984040017b4f4c5"],"styles":{"galleryType":"Columns","groupSize":1,"showArrows":true,"cubeImages":true,"cubeType":"max","cubeRatio":1.7777777777777777,"isVertical":true,"gallerySize":30,"collageAmount":0,"collageDensity":0,"groupTypes":"1","oneRow":false,"imageMargin":32,"galleryMargin":0,"scatter":0,"chooseBestGroup":true,"smartCrop":false,"hasThumbnails":false,"enableScroll":true,"isGrid":true,"isSlider":false,"isColumns":false,"isSlideshow":false,"cropOnlyFill":false,"fixedColumns":0,"enableInfiniteScroll":true,"isRTL":false,"minItemSize":50,"rotatingGroupTypes":"","rotatingCropRatios":"","columnWidths":"","gallerySliderImageRatio":1.7777777777777777,"numberOfImagesPerRow":3,"numberOfImagesPerCol":1,"groupsPerStrip":0,"borderRadius":0,"boxShadow":0,"gridStyle":0,"mobilePanorama":false,"placeGroupsLtr":false,"viewMode":"preview","thumbnailSpacings":4,"galleryThumbnailsAlignment":"bottom","isMasonry":false,"isAutoSlideshow":false,"slideshowLoop":false,"autoSlideshowInterval":4,"bottomInfoHeight":0,"titlePlacement":"SHOW_BELOW","galleryTextAlign":"center","scrollSnap":false,"itemClick":"nothing","fullscreen":true,"videoPlay":"hover","scrollAnimation":"NO_EFFECT","slideAnimation":"SCROLL","scrollDirection":0,"scrollDuration":400,"overlayAnimation":"FADE_IN","arrowsPosition":0,"arrowsSize":23,"watermarkOpacity":40,"watermarkSize":40,"useWatermark":true,"watermarkDock":{"top":"auto","left":"auto","right":0,"bottom":0,"transform":"translate3d(0,0,0)"},"loadMoreAmount":"all","defaultShowInfoExpand":1,"allowLinkExpand":true,"expandInfoPosition":0,"allowFullscreenExpand":true,"fullscreenLoop":false,"galleryAlignExpand":"left","addToCartBorderWidth":1,"addToCartButtonText":"","slideshowInfoSize":200,"playButtonForAutoSlideShow":false,"allowSlideshowCounter":false,"hoveringBehaviour":"NEVER_SHOW","thumbnailSize":120,"magicLayoutSeed":1,"imageHoverAnimation":"NO_EFFECT","imagePlacementAnimation":"NO_EFFECT","calculateTextBoxWidthMode":"PERCENT","textBoxHeight":171,"textBoxWidth":200,"textBoxWidthPercent":50,"textImageSpace":10,"textBoxBorderRadius":0,"textBoxBorderWidth":0,"loadMoreButtonText":"","loadMoreButtonBorderWidth":1,"loadMoreButtonBorderRadius":0,"imageInfoType":"ATTACHED_BACKGROUND","itemBorderWidth":0,"itemBorderRadius":0,"itemEnableShadow":false,"itemShadowBlur":20,"itemShadowDirection":135,"itemShadowSize":10,"imageLoadingMode":"BLUR","expandAnimation":"NO_EFFECT","imageQuality":90,"usmToggle":false,"usm_a":0,"usm_r":0,"usm_t":0,"videoSound":false,"videoSpeed":"1","videoLoop":true,"gallerySizeType":"px","gallerySizePx":378,"allowTitle":true,"allowContextMenu":true,"textsHorizontalPadding":-30,"itemBorderColor":{"themeName":"color_15","value":"rgba(78,51,0,1)"},"showVideoPlayButton":true,"galleryLayout":2,"calculateTextBoxHeightMode":"MANUAL","textsVerticalPadding":-15,"targetItemSize":378,"selectedLayout":"2|bottom|1|max|true|0|true","layoutsVersion":2,"selectedLayoutV2":2,"isSlideshowFont":true,"externalInfoHeight":171,"externalInfoWidth":0},"container":{"width":754,"galleryWidth":786,"galleryHeight":0,"scrollBase":0,"height":null}}
1
2