We have asked parents and carers to help us keep the children connected during this time by sending in photos of what the everyone is doing during their time at home. It was really lovely receiving the photos. We have also asked the staff to send photos of what the children are doing in school. Thank you to everyone who did send photos in, we hope you enjoy the galleries below; Year 3 Year 4 A special video from one of our Year 4 pupils Year 5 Year 6 In school #Wholeschool #Y 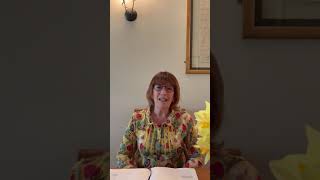 Last week 8 year 5/6 girls attended the netball B festival at Alleyn Court school. Six schools were there, we played Hamstel and won 3-1, we then played Blenheim and won 2-0, we then played Bournes Green and won 2-0 and finally we played Darlinghurst which we lost 5-1. We therefore only lost one game and came second overall. Well done to all the girls involved, who all showed improvement as the games went on. #Year6 #Year5 #Wholeschool #Sport

As part of our celebrations of British Science Week, a group of children from Years 5 and 6 visited Westcliff High School for Girls. They were able to take part in a secondary style science lesson using chemicals and equipment that they have never seen before! Firstly the children mixed two chemicals in order to identify a chemical reaction. The children were amazed to see a dramatic change in colour and the formation of a solid. Next, they added magnesium to hydrochloric aci

Today 8 year 6 girls entered the KS2 netball competition at Garon Park. There were sixteen schools involved. Our first game was a close one against Thorpe Hall which we won 6-5, we then played Blenheim and won 6-2 and Hamstel and beat them 8-0. We were then grouped into the super 8’s where we were up against Friars which we won 6-0. We then played Our Lady of Lourdes and won that 12-0. Our next game was against St George’s which we managed to win 5-1. We were then in the semi