Each class in Year 5 was visited by a group of students from Westcliff High School for Boys for the Science Roadshow. The children were taken on a tour of the three main scientific subjects – Chemistry, Biology and Physics – to give them an overview of what each entailed. In the Chemistry sessions, a variety of metals were burned to create multi-coloured flames which mesmerised the children. The Biology session gave children an opportunity to see the microscopic cells which a

On Friday 22nd March, the boys’ football team travelled to St Mary’s Primary School to play their last league match of the season. The boys once again demonstrated their skill controlling the ball and getting a few shots towards goal early in the match. The boys managed to get a 1-0 lead then St Mary’s found a way past our defence to get a goal to equalise; this was shortly followed by another earning them the lead. The boys then managed to score again just before halftime wi

On Wednesday 20th March, two,Year 4 Tag Rugby teams played in the year 3/4 Tag Rugby competition at Southend Rugby Club. Our first game against Chalkwell we won 4-2, we went on to play Temple Sutton and Barons Court and beat both with the same score of 9-1! We went through to the Super 10’s where we played Temple Sutton again and won 7-1, Bournes Green and won 4-2 and St Michaels and won 4-0. We had a very close game against Earls Hall which went into extra time and eventuall 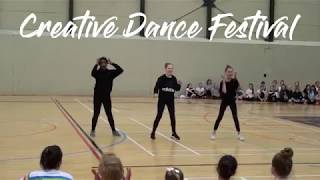 On Friday 1st March, year 5 and year 6 dancers took part in the Creative Dance Festival at Garon’s Park. During the Dance Club sessions at West Leigh, the girls had split into groups and choreographed their own routines. Week by week, they worked on their routines and showed dedication by practising at other times throughout their lunch breaks. They performed their dances in front of other schools and were praised for their own choreography and performance. They thoroughly

On Monday 18th March, the boys’ football team travelled to Heycroft Primary School to play their penultimate league match of the season. The boys continued to demonstrate their skill and ability with high pressure and sublime attacking play getting a number of shots at goal from the beginning. Heycroft’s keeper and defenders had to work hard to prevent the ball from hitting the back of the net. The boys eventually managed to find a way around the defenders by crossing the ba 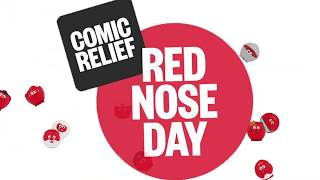 West Leigh saw an array of bright colours and red noses on Friday 15th March when the children dressed in a variety of cheerful and humorous costumes to raise money for Comic Relief. The School Council also created joke/puzzle pages which they sold during lunch times, enabling us to raise an impressive £702.59 for this worthy charity. However, the fun did not stop there as Friday’s usual assembly was interrupted by an important event: West Leigh’s Greatest Dancer which showca

On Wednesday 13th March, the girls’ football team travelled to Fairways Primary School to play their last league game of the season. Having played Fairways three times already this season - twice at the Southend Tournament where both games ending in a draw and at the Essex Finals in the semi-finals where the final result being decide by penalties - West Leigh getting the win. With this, the girls knew this was going to be a tough match; this match was also going to decide who

On Thursday 14th March, nine year 6 girls played in the Netball B competition at Alleyn Court. We played Darlinghurst and won 6-0, St George’s won 1-0, Hamstel won 5-2 and drew with Bournemouth Park 1-1. The girls thoroughly enjoyed the experience and improved during each game. Well done to all of them.

On the afternoon of Tuesday 12th March, Year Three enjoyed the visit of Tempest Fugit. This visit was to enhance our learning on our Connected Curriculum Topic of Gods and Mortals. The visit was a theatre production of the story of Thor’s Hammer. We were introduced to Viking life and their beliefs in the nine different worlds and the gods. The story of Thor and his hammer were then told to us and members of Year Three were able to display their drama skills as they helped to

On Friday 8th March, the boys’ football team travelled to Earls Hall Primary School to play their third league match of the season and a friendly match. In the friendly match, the boys got a great start scoring within the first few minutes. With this, Earls Hall increased their defence and put in great tackles as well as their keeper pulling out some unbelievable saves. At halftime, the boys had increased their lead to 4-0. In the second half, the boys continued to demonstrat
{"items":["5e8b2efacd4df90017daffef","5e8b2efaea77110017d8099f","5e8b2efa4038210017846e8d","5e8b2efa1a35d40017aa696f","5e8b2efa6984040017b4f4b9","5e8b2efaa6733800179ad469","5e8b2efa9ded9100175496cb","5e8b2efa7097a400173b9a48","5e8b2efa7d7401001716e662","5e8b2efa4038210017846e8e"],"styles":{"galleryType":"Columns","groupSize":1,"showArrows":true,"cubeImages":true,"cubeType":"max","cubeRatio":1.7777777777777777,"isVertical":true,"gallerySize":30,"collageAmount":0,"collageDensity":0,"groupTypes":"1","oneRow":false,"imageMargin":32,"galleryMargin":0,"scatter":0,"rotatingScatter":"","chooseBestGroup":true,"smartCrop":false,"hasThumbnails":false,"enableScroll":true,"isGrid":true,"isSlider":false,"isColumns":false,"isSlideshow":false,"cropOnlyFill":false,"fixedColumns":0,"enableInfiniteScroll":true,"isRTL":false,"minItemSize":50,"rotatingGroupTypes":"","rotatingCropRatios":"","columnWidths":"","gallerySliderImageRatio":1.7777777777777777,"numberOfImagesPerRow":3,"numberOfImagesPerCol":1,"groupsPerStrip":0,"borderRadius":0,"boxShadow":0,"gridStyle":0,"mobilePanorama":false,"placeGroupsLtr":true,"viewMode":"preview","thumbnailSpacings":4,"galleryThumbnailsAlignment":"bottom","isMasonry":false,"isAutoSlideshow":false,"slideshowLoop":false,"autoSlideshowInterval":4,"bottomInfoHeight":0,"titlePlacement":"SHOW_BELOW","galleryTextAlign":"center","scrollSnap":false,"itemClick":"nothing","fullscreen":true,"videoPlay":"hover","scrollAnimation":"NO_EFFECT","slideAnimation":"SCROLL","scrollDirection":0,"scrollDuration":400,"overlayAnimation":"FADE_IN","arrowsPosition":0,"arrowsSize":23,"watermarkOpacity":40,"watermarkSize":40,"useWatermark":true,"watermarkDock":{"top":"auto","left":"auto","right":0,"bottom":0,"transform":"translate3d(0,0,0)"},"loadMoreAmount":"all","defaultShowInfoExpand":1,"allowLinkExpand":true,"expandInfoPosition":0,"allowFullscreenExpand":true,"fullscreenLoop":false,"galleryAlignExpand":"left","addToCartBorderWidth":1,"addToCartButtonText":"","slideshowInfoSize":200,"playButtonForAutoSlideShow":false,"allowSlideshowCounter":false,"hoveringBehaviour":"NEVER_SHOW","thumbnailSize":120,"magicLayoutSeed":1,"imageHoverAnimation":"NO_EFFECT","imagePlacementAnimation":"NO_EFFECT","calculateTextBoxWidthMode":"PERCENT","textBoxHeight":171,"textBoxWidth":200,"textBoxWidthPercent":50,"textImageSpace":10,"textBoxBorderRadius":0,"textBoxBorderWidth":0,"loadMoreButtonText":"","loadMoreButtonBorderWidth":1,"loadMoreButtonBorderRadius":0,"imageInfoType":"ATTACHED_BACKGROUND","itemBorderWidth":0,"itemBorderRadius":0,"itemEnableShadow":false,"itemShadowBlur":20,"itemShadowDirection":135,"itemShadowSize":10,"imageLoadingMode":"BLUR","expandAnimation":"NO_EFFECT","imageQuality":90,"usmToggle":false,"usm_a":0,"usm_r":0,"usm_t":0,"videoSound":false,"videoSpeed":"1","videoLoop":true,"jsonStyleParams":"","gallerySizeType":"px","gallerySizePx":378,"allowTitle":true,"allowContextMenu":true,"textsHorizontalPadding":-30,"itemBorderColor":{"themeName":"color_15","value":"rgba(78,51,0,1)"},"showVideoPlayButton":true,"galleryLayout":2,"calculateTextBoxHeightMode":"MANUAL","textsVerticalPadding":-15,"targetItemSize":378,"selectedLayout":"2|bottom|1|max|true|0|true","layoutsVersion":2,"selectedLayoutV2":2,"isSlideshowFont":true,"externalInfoHeight":171,"externalInfoWidth":0},"container":{"width":754,"galleryWidth":786,"galleryHeight":0,"scrollBase":0,"height":null}}
1
2